Bow before The Mighty LEGO Bowser!

Everyone needs a bit of Bowser in their lives. What’s not to love about this iconic boss from the Super Mario franchise? The King of the Koopas has featured as the main antagonist of the series since 1985’s Super Mario Bros. on the NES.

To celebrate the upcoming release of The Mighty Bowser (71411) set, LEGO has just announced that a fully-animated, king-sized Bowser made from a whopping 663,900 pieces will invade San Diego Comic-Con from 22-24th July! Coming in at a whopping fourteen feet tall, this life-like bowser will be sure to awe and terrify festivalgoers in equal measures – check out LEGO’s Twitter post for a preview. 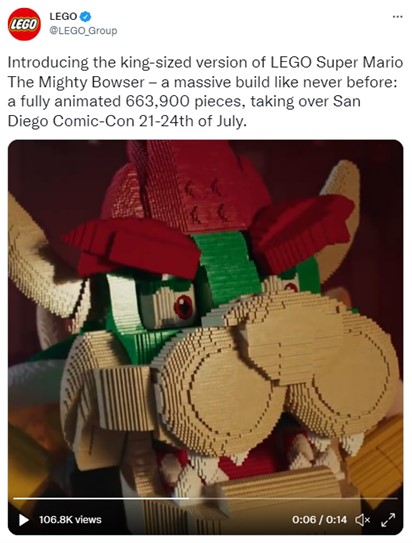 Bow before The Mighty LEGO Bowser (or feel our wrath! Bwah hah hah!)

Armed with his monstrous, dragon-like appearance, super strength, fire breath, dark magic and the ability to crush, slam and shoulder charge his opponents, Bowser remains the perfect cartoony villain – all combined with his very theatrical taunts and dialogue.

If at first you don’t succeed, try, try again. It could be argued that Bowser takes this well-known quote a bit too literally. His role in the series usually involves kidnapping Princess Peach in order to defeat Mario and take over the Mushroom Kingdom. After more than 200 console game titles, you’d think he might try and come up with a new plan?

But we’re not complaining – using Mario to ground-pound and butt-stomp through a multitude of levels to defeat Bowser never seems to get old. Now, Mario fans can add their favourite villain to their LEGO collection, with the upcoming The Mighty Bowser (71411) release. 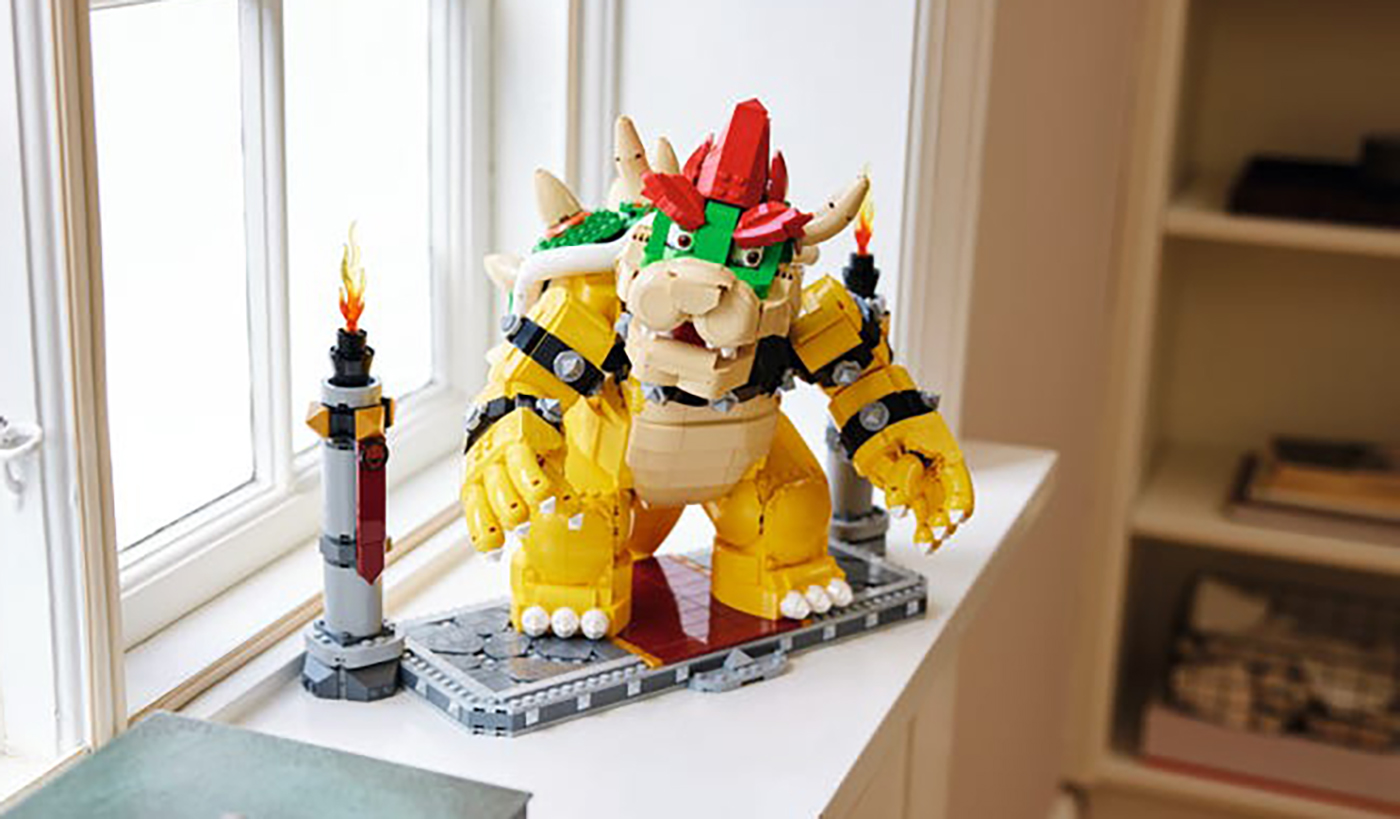 “Hear this! I will kidnap Peach OVER and OVER until I pull it off! And no one can stop me! Losing is not an option! And neither is giving up!” – Bowser

When Will LEGO Super Mario The Mighty Bowser Set Be Released?

LEGO Super Mario The Mighty Bowser (71411) will soon be available to pre-order for £229.99 on the LEGO website, with a release date of 1 October 2022, making it the perfect Christmas or birthday present for the Mario Superfan in your life.

iDisplayit will also be providing an exclusive display case made from high-quality UK acrylic materials to keep the set free from dust and environmental damage once built.

Is LEGO Super Mario The Mighty Bowser (71411) Worth Buying?

We really like the look of this model and can’t wait to get our claws on it. The LEGO set faithfully recreates Bowser’s ferocious likeness, including the distinguishable shell (originally inspired by the aggressive real-world Chinese softshell turtle).

The set also includes new LEGO pieces, such as the spikes on Bowser’s back. There are also plenty of interactive play elements such as the battle platform with two towers waiting to be bashed aside along with, a fireball launcher and button to control neck and head movement.

The LEGO set has 2,807 pieces and can be positioned for display in a variety of fun battle poses with fully adjustable arms, hands, legs and tail.

What Other Characters Are in The LEGO Super Mario Collection?

The Mighty Bowser joins other classic characters and props from the Mario series. Check out a few of our favourites on display above! The current LEGO-themed Super Mario sets can be found on the LEGO website and include some of our favourites like the Super Mario 64 Question Mark Block and a range of Expansion builds.

On iDisplayit, you can find a selection of clear display solutions for your Nintendo collectables, including: