Last weekend saw the iDisplayit team hop in the van to Olympia London to set up a stall for the annual London Film & Comic-Con. The convention – which first began in 2004 – attracts over 100,000 visitors each year. This event was no different, with an army of cosplayers, Potterheads, sci-fi enthusiasts, superheroes, signature collectors, hobbits, Whovians, witches and wizards all descending into the historical exhibition centre.

Following several re-scheduled events last year, it was great to get back to the usual summer show, which featured a host of film and TV stars, comic book artists, animators, and professional cosplayers. 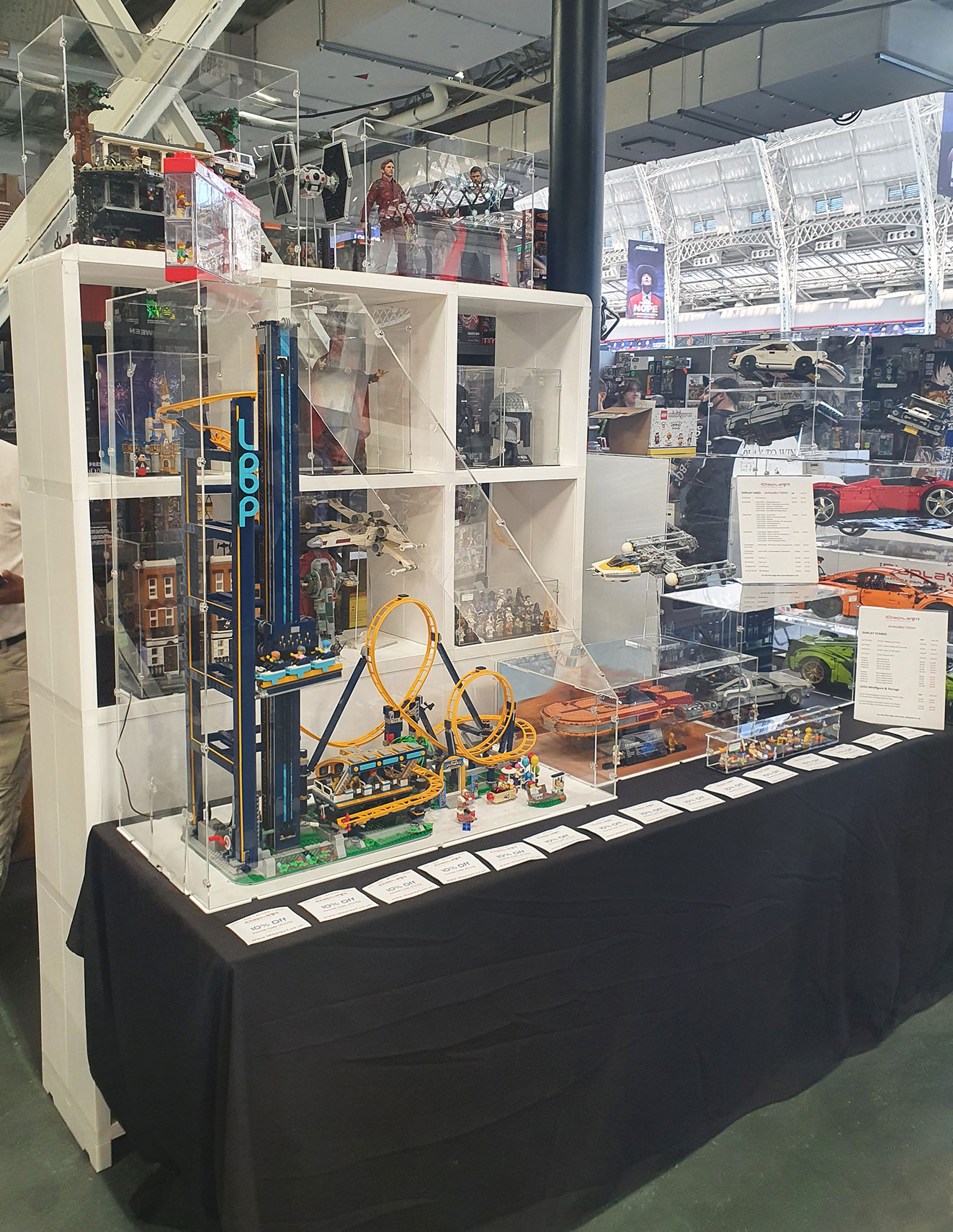 Were There LEGO Sets on Display at Comic-Con 2022?

iDisplayit’s exhibitor table this year gave us a chance to show off some of our favourite LEGO sets alongside models, figures, and other collectables. Each set was housed inside a custom, high-quality acrylic display case available from our website. Convention-goers gave us some great feedback on how well our display cases protect the sets from dust and environmental damage.

Crowd favourites this year included the iconic LEGO The Upside Down (75810) from Stranger Things and the Back to the Future Time Machine (10300) complete with a clock tower background diorama. Also on display was the popular LEGO ICONS Loop Coaster (10303), which we kept fully motorised and operational all day long!

Our fun main feature this year was an arcade-style cabinet roller derby game, put together by iDisplayit Director Steve Chan. The game employs similar acrylic parts and fittings to those used on our display cases. After signing up to our mailing list, convention attendees were able to try their hand at beating the top score to win a prize. 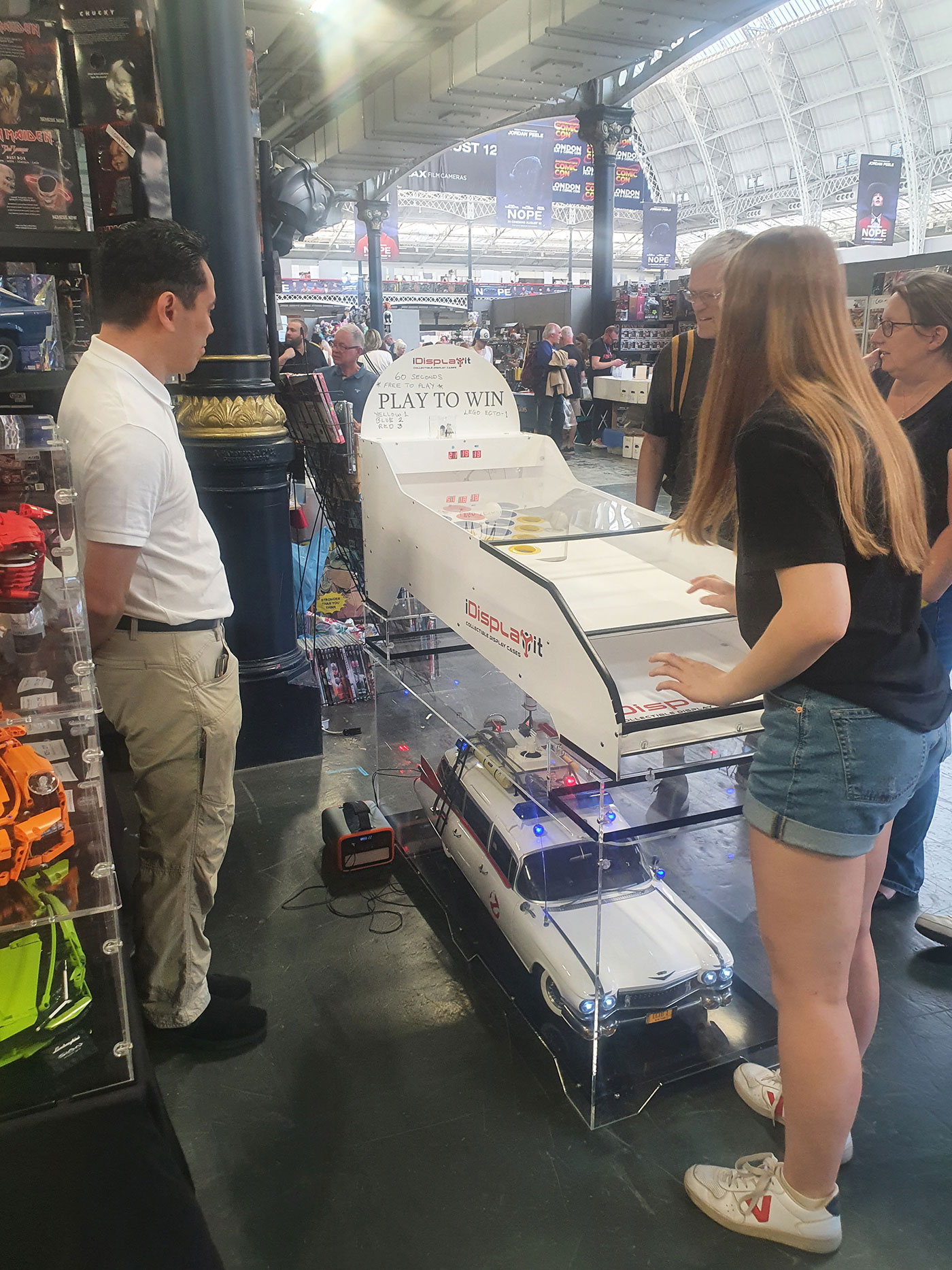 Congratulations to this year’s winner Shelley, who got a top score of 49. She wins our top prize – a Ghostbusters ECTO-1 (10274) LEGO set. We also gave out over 100 Single LEGO Minifigure Display Cases to anyone who scored over 30.

The roller derby game was certainly a highlight this year, with queues forming at many points of the day as festivalgoers waited for their turn. 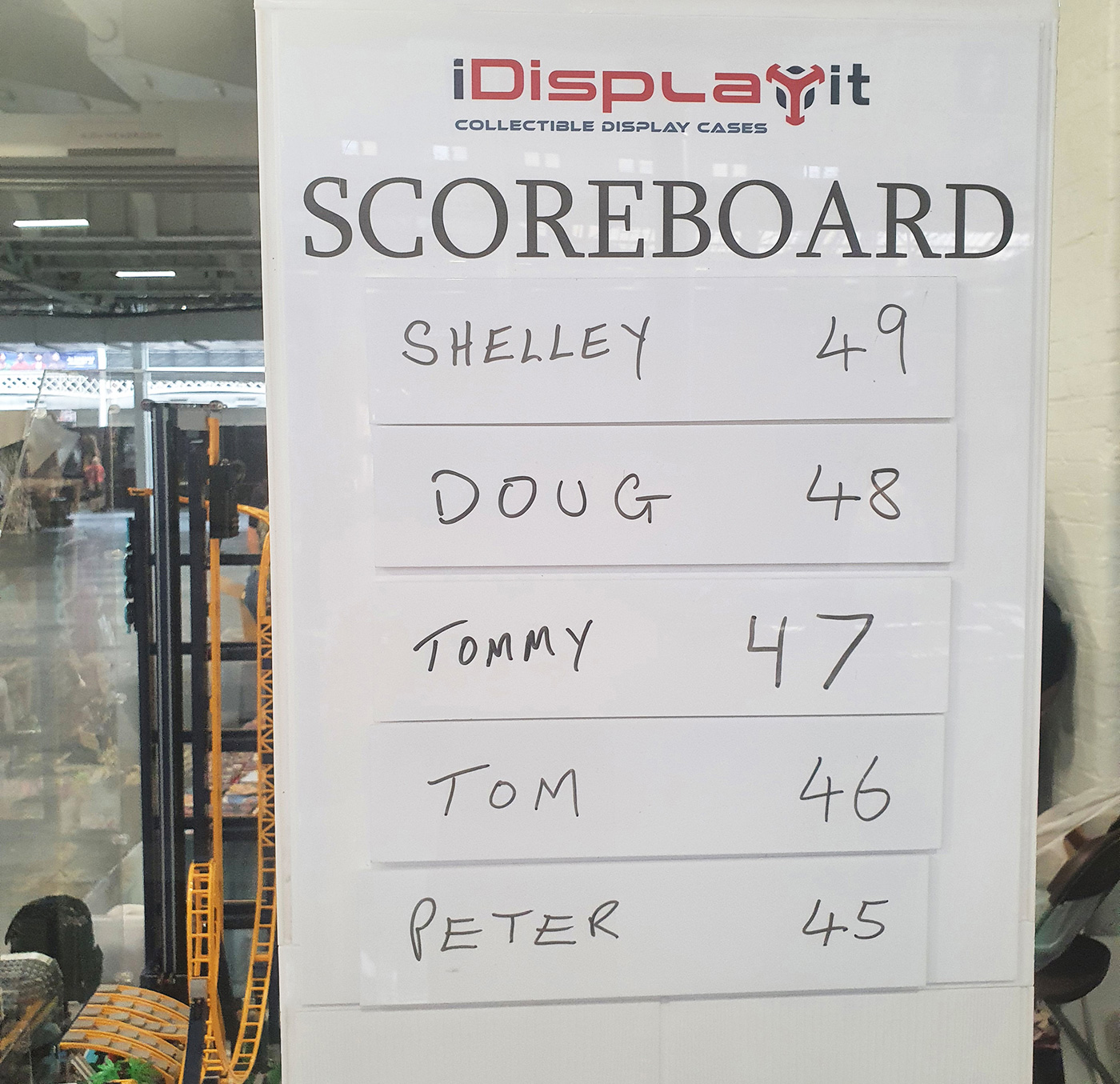 Who Was at This Year’s LFCC Convention?

Fans were especially excited to see Stranger Thing’s David Harbour (Jim Hopper) and Joseph Quinn (Eddie Munson) hop over from America with several props and sets in tow. The show has never been more popular following the recent release of the epic fourth season.

Back to the Future aficionados also queued up to meet Christopher Lloyd, who played the eccentric Doc Brown in the trilogy, while fans of Lord of the Rings and The Hobbit had the chance to grab an autograph from Andy Serkis (Gollum) and Aiden Turner (Kili). Potterheads could also satisfy their magical cravings by grabbing a photograph with David Bradley (Caretaker Argus Filch) or Zoë Wannamaker (Madam Hooch).

Star Wars was represented this year by veteran actor Julian Glover (General Veers) along with plenty of background actors who portrayed Tusken Raiders, Ewoks, Stormtroopers, Rebel Fighters and aliens in the original trilogy.

We also spotted a cosplayer wandering past our stall in the guise of Chewbacca! 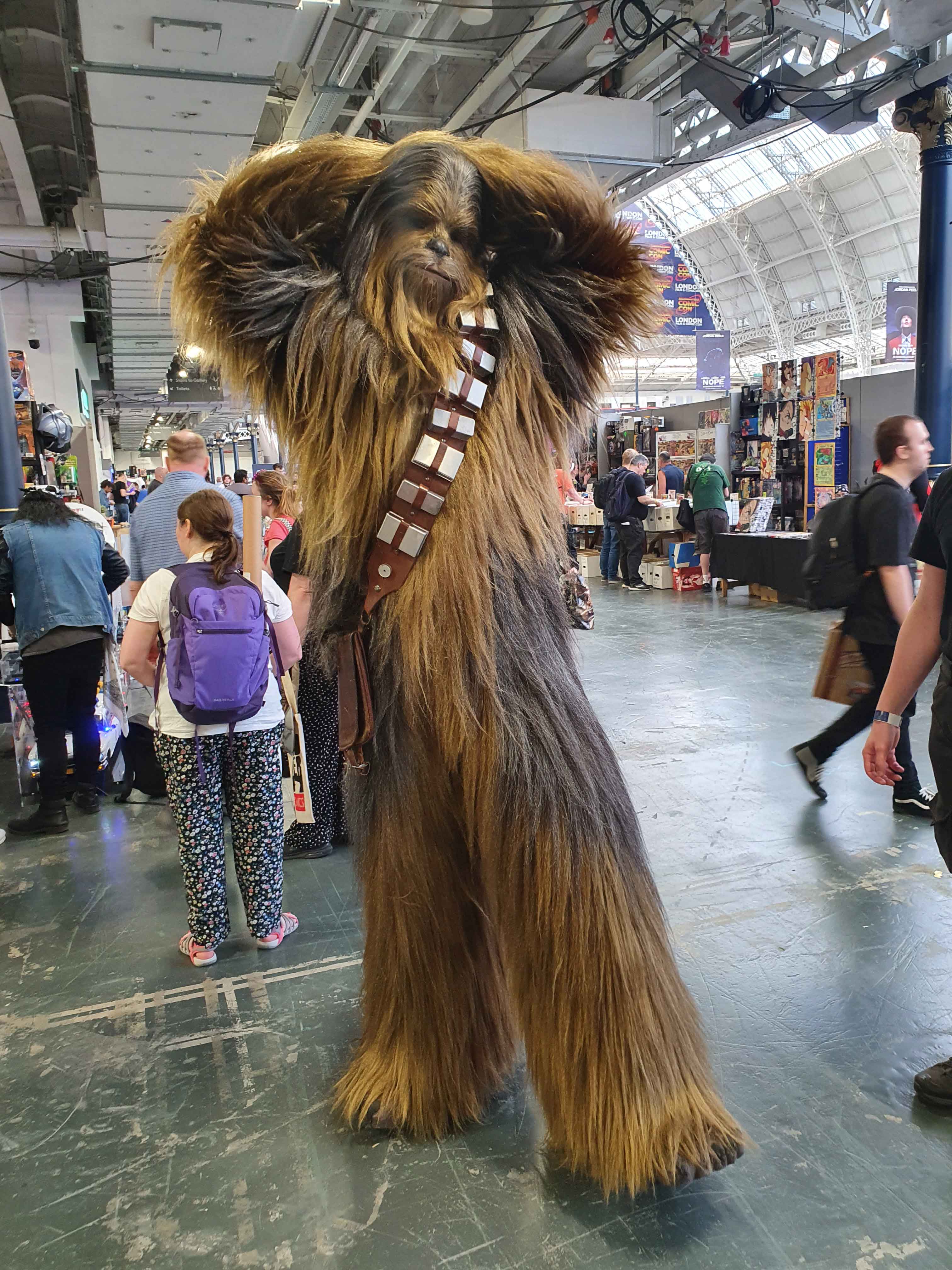