LEGO has managed to become one of the few brands that can align with any form of pop culture and make it more appealing than it was before. One of the most popular introductions for LEGO has been the introduction of the Helmet Collection, building-brick iterations of iconic characters from the Star Wars universe.

Of course, LEGO is no stranger to the world of Star Wars, but the Helmet Collection has quickly gained momentum among fans, and it's not difficult to see why.

Past iterations of the LEGO helmets include the iconic Stormtrooper and TIE Fighter Pilot helmets, but the popularity of the range has meant more models are being released that will be considered must-have pieces among Star Wars and LEGO fans alike. 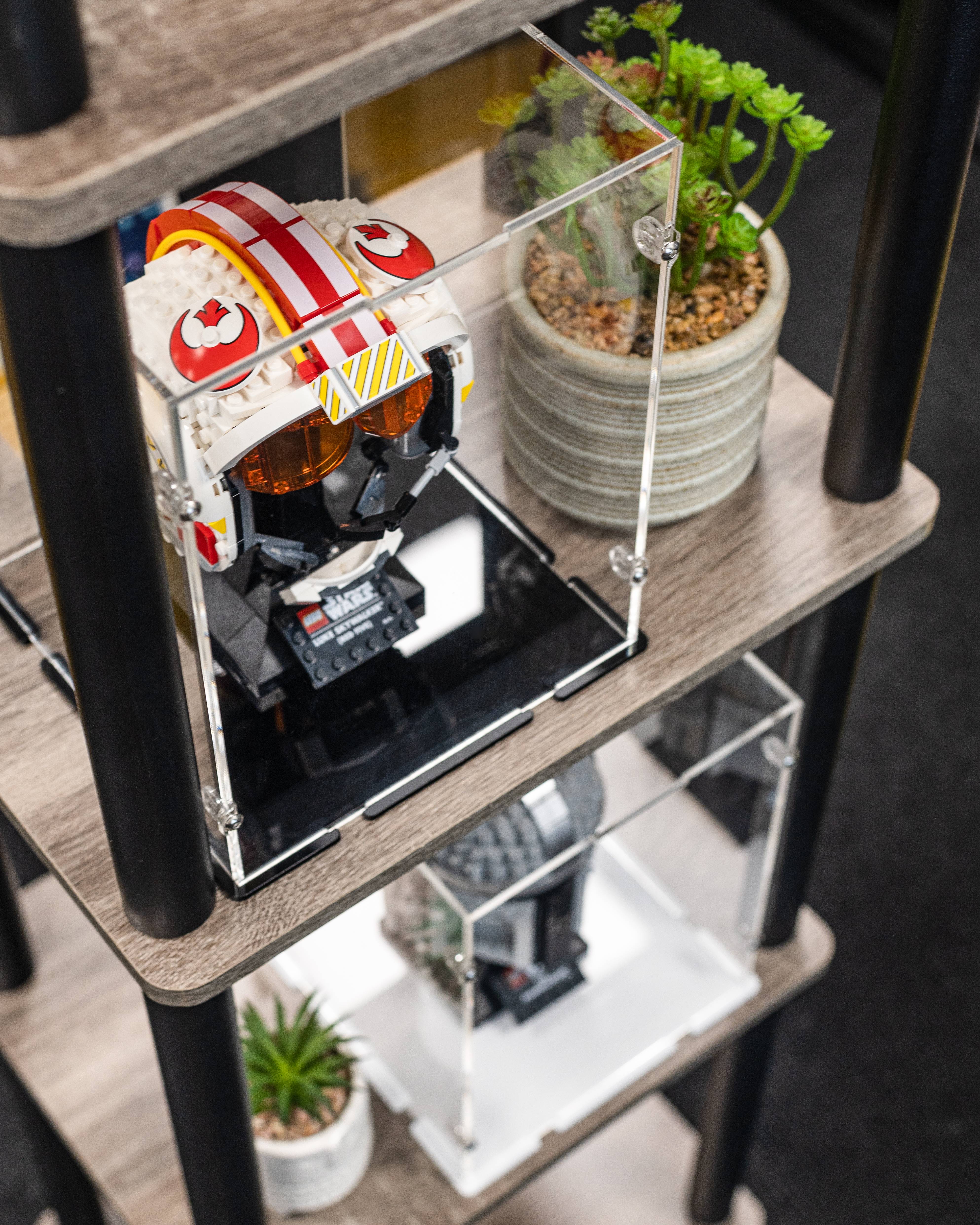 The Luke Skywalker helmet is based on the Red 5 and was first seen in Episode IV: A New Hope. The helmet is the first to be based on one of the heroes of the Stars Wars universe. It is the perfect project for those fixated on innovative display pieces, as well as those who are keen to ensure that Luke Skywalker is given the attention, he deserves in your Stars Wars shrine.

The second helmet is fashioned after The Mandalorian. Originally called Super Troopers, Mandalorians were first seen in The Empire Strikes Back before their lore was expanded on in Star Wars: The Clone Wars. However, the recent Mandalorian Disney+ television series has made the character a popular choice for pop culture fans, so the introduction of a LEGO Helmet should come as no surprise.

The helmet's design ensures all the familiar contours of the intimidating Mandalorian mask are represented flawlessly, and there are plenty of distinctions to ensure that the helmet stands on its own when displayed alongside the Boba Fett helmet. Like other helmets in the range, the Mandalorian Helmet is an excellent project for those who like to build and is a fantastic display for fans of sci-fi, pop culture, and those who love to create.

Of course, when these beautiful and attention-grabbing pieces are finished, the last thing you want to do is dismantle your hard work, but what options are available for those short on space?

A Simple and Effective Way of Displaying Star Wars Helmets

The love and affection that has been shown to the pop culture community have meant that new approaches need to be taken regarding the storage and displaying of collections.

iDisplayit has been creating innovative and affordable display solutions for several years. As such, it works alongside current trends to ensure that there is a display case available that fits your specific display case needs. 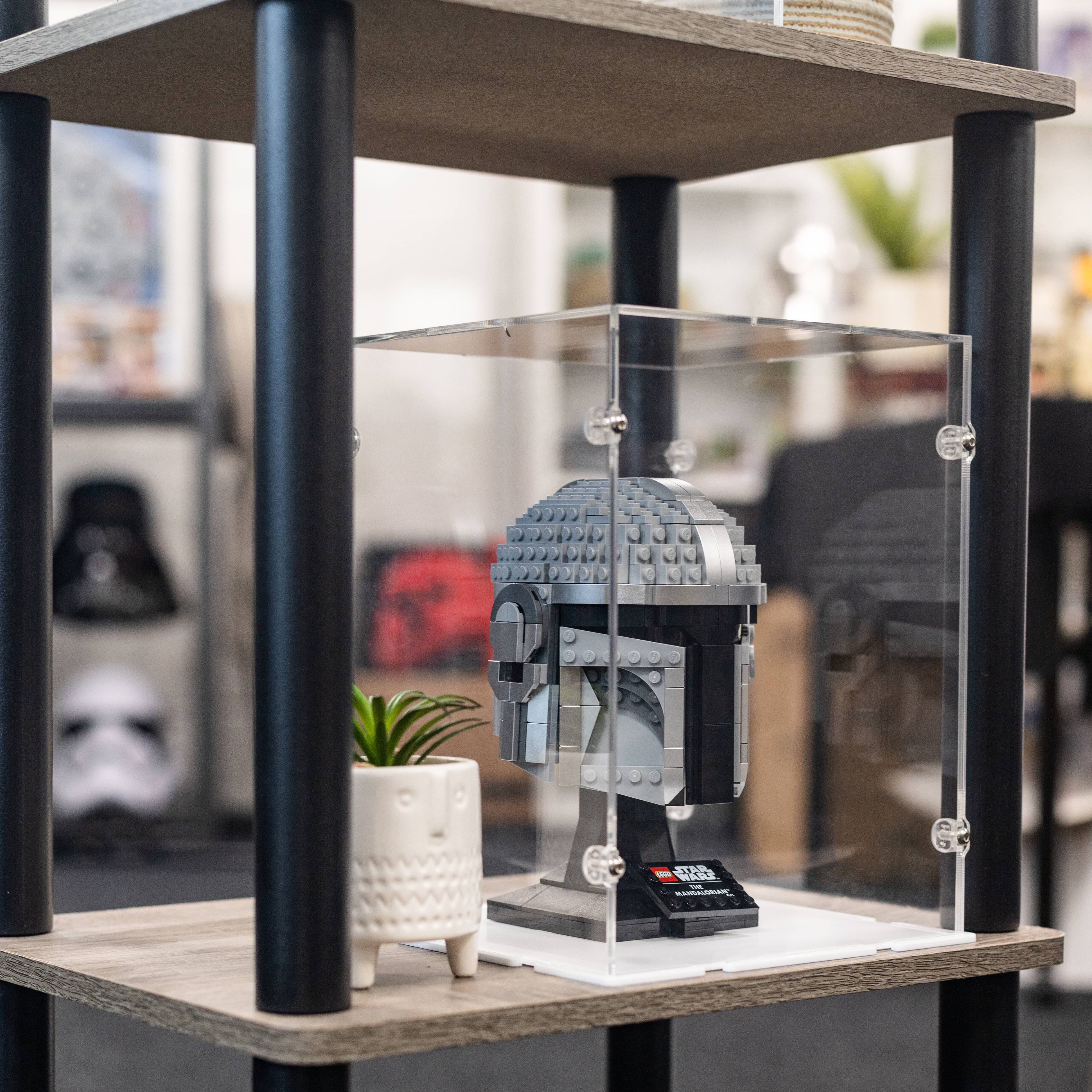 Singular displays are available that help showcases your Red 5 and Mandalorian LEGO helmets, protect them from debris and dust, and enforce the message that these pieces are not to be played with.

Those wanting to build collections and curate their displays based on their requirements can use display cases designed to display two LEGO helmets or three Star Wars LEGO Helmets.

Those that already have an extensive collection of LEGO helmets may find that safeguarding them all becomes a challenge. Still, iDisplayit can offer customers display cases that fit five Star Wars Helmets. Collectors should also note that these durable display cases can also be stacked, so there is rarely an issue when it comes to finding space.

All display cases are crafted from strong high-quality acrylic and are built to ensure that valuable collectables are kept safe and retain their value and give the helmets the attention they deserve when on display.