May the LEGO Star Wars sets be with you, always.

LEGO Star Wars fans will be pleased to know that this is certainly the case for the coming month. Get set for a summer of lightspeed, ion blasting, lightsaber striking and Mandalorian madness with six new LEGO sets on their way from a galaxy far, far, away.

In total, we have four thrilling new ships to fly, one battle vehicle to manoeuvre, and one iconic lightsaber showdown to witness – it’s quite enough to make Boba Fett’s eyes pop out of his helmet with excitement.

Let’s take a look at the new sets… 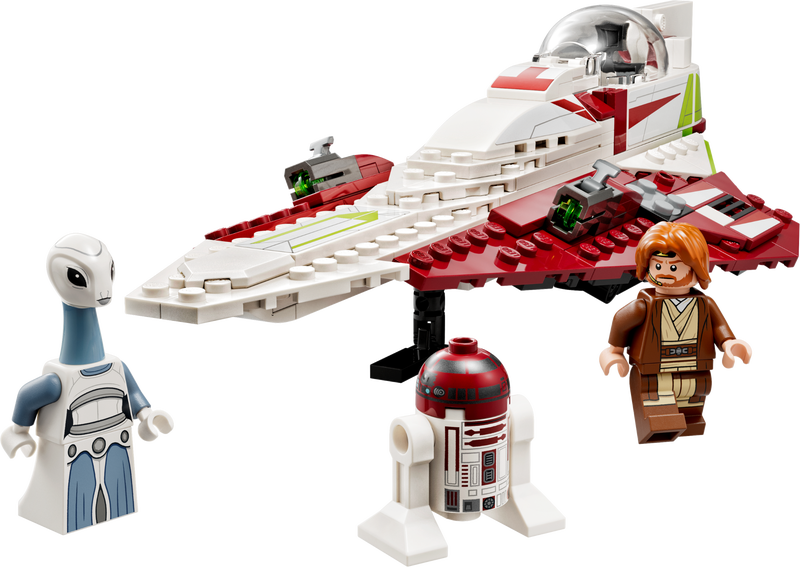 First up is Obi-Wan Kenobi’s custom Jedi Delta-7 Aethersprite-class light interceptor starfighter. This ship was used extensively in Star Wars: Attack of the Clones when Obi-Wan travelled to Kamino and Geonosis on the trail of the mysterious Mandalorian bounty hunter who had tried to assassinate Senator Padmé Amidala.

The action-packed LEGO adventure begins with interactive features such as stud laser shooters, retractable landing gear and lightsaber storage clips. The model itself looks great, perfectly recreating the iconic craft with all the right details and colour scheme.

Personally, we feel that the Obi-Wan LEGO minifigure looks more like Jack Black than the Jedi Master we all know. But the set does include Kaminoan Taun We for the first time in LEGO form, along with Obi-Wan’s faithful R4-P17 astromech droid.

You can order Obi-Wan Kenobi’s Jedi Starfighter (75333) for a reasonably priced £29.99 on the LEGO website.

This intimidating craft hails from the recent Disney+ release of Star Wars: Obi-Wan Kenobi. While the show arguably got off to a slow start, the final few episodes had us more hooked than a Death stick binge in a low-level Coruscant bar.

There is a real Sith-like style to the starship, reflected in the black and red colour scheme. The ship also has a true LEGO quality to it, with plenty of studs and brick-built elements on show. As a fun added touch, the wings also fold up and down when the craft is landing or in flight.

All three inquisitors from the show have also been recreated as LEGO minifigures, complete with awesome double-bladed spinning lightsabers. We especially like the look of Jedi-Master-in-exile Obi-Wan Kenobi, which includes his traveller’s poncho. 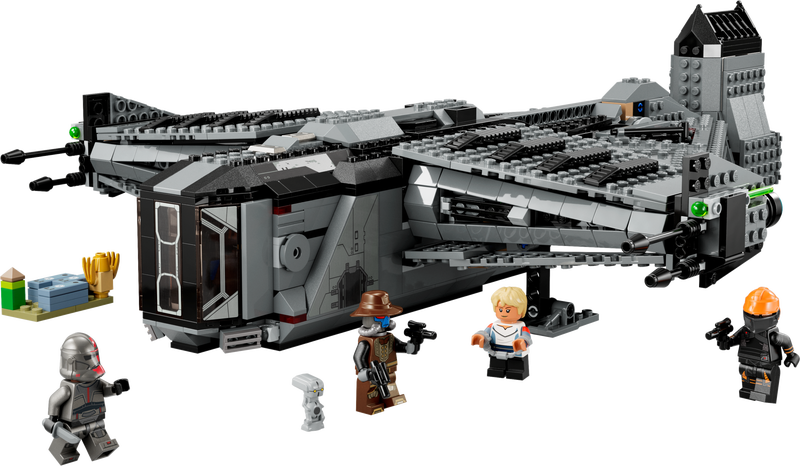 This epic new starship hails from the Disney+ animated show Star Wars: The Bad Batch. Similar to the previous model, bounty hunter Cad Bane’s ship features a foldable element – in this case, the rear engine – which can be raised and lowered for flight or landing.

The Justifier is a trendsetting new LEGO Star Wars set, with some unique minifigures and a design to rival the classics. We also really like the smart black and grey colour scheme. Included in the set are Cad Bane, Fennec Shand, Omega, Hunter and a Todo 360 droid figure. 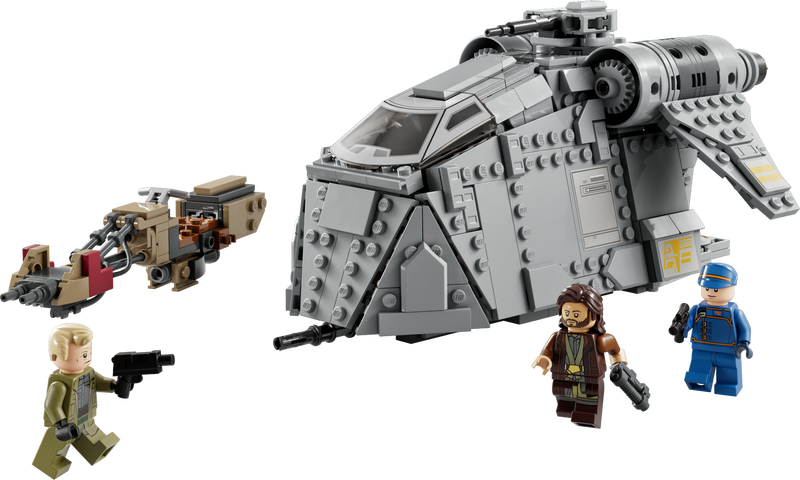 Star Wars: Rogue One was one of the most well-received Star Wars films to date among fans. Now LEGO Star Wars collectors have the chance to buy the first official LEGO release from Star Wars: Andor – the film’s upcoming prequel series on Disney+.

There is a lot of mystery surrounding this set, as the new TV series will not be released until 31 August 2022. However, we do know that the show will centre on Cassian Andor in the early days of the Rebel Alliance. While the new show seems to have fallen slightly under the radar, we think it will end up being a big hit. Check out the official teaser trailer, which features glimpses of Mon Mothma in the Imperial Senate and new planets we have never seen before.

The LEGO set itself focused on an action-packed ambush, featuring Cassian Andor alongside two new minifigures – Luthen Rael and Syril Karn. We are really excited to see the Speeder bike in action, as it looks very reminiscent of the bike chase scene on Endor from Star Wars: Return of the Jedi. 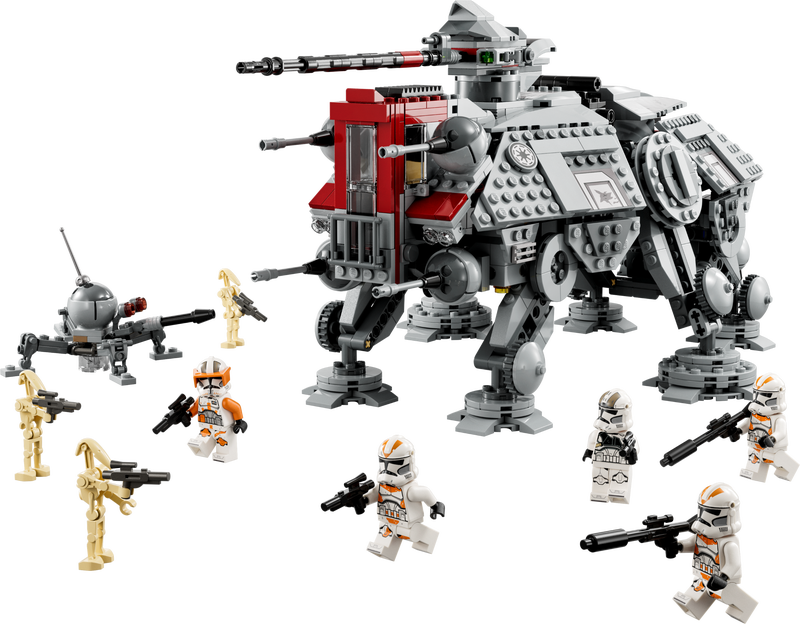 Fans of the prequel film Star Wars: Revenge of the Sith can now recreate scenes from the Battle of Utapau with this hefty new set, which features a whopping five Clone Troopers, three Battle Droids and a buildable Dwarf Spider Droid.

The walker itself looks great and promised plenty of handy features such as posable legs, a 360-degree rotating cannon and a detachable cockpit. This set would make a great addition to a battlefield diorama alongside other LEGO Star Wars sets. 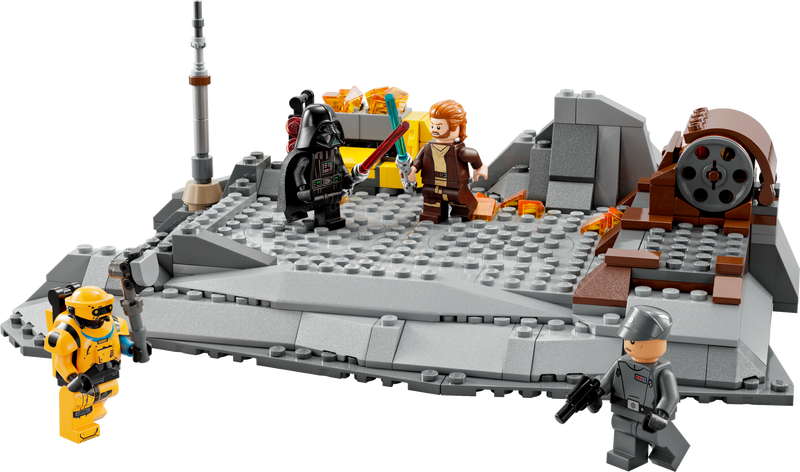 This set focuses on Obi-Wan Kenobi’s first fiery duel with Sith Lord Darth Vader on the mining planet of Mapuzo in the new Star Wars: Obi-Wan Kenobi show on Disney+.

Although a nice premise, there is not much more to this set than the LEGO minifigures (which also include Tala Durith and droid NED-B). We would have been much more excited to see a LEGO diorama scene from the final climactic episode, which took place on a mysterious rocky planet that many fans theorise could have been Malachor V (the home of a ruined Sith Temple).

It would have been interesting to see the sharp rocky terrain recreated in LEGO form – also a LEGO minifigure of Darth Vader with his damaged helmet and face reveal would have been very in tune with the Force. 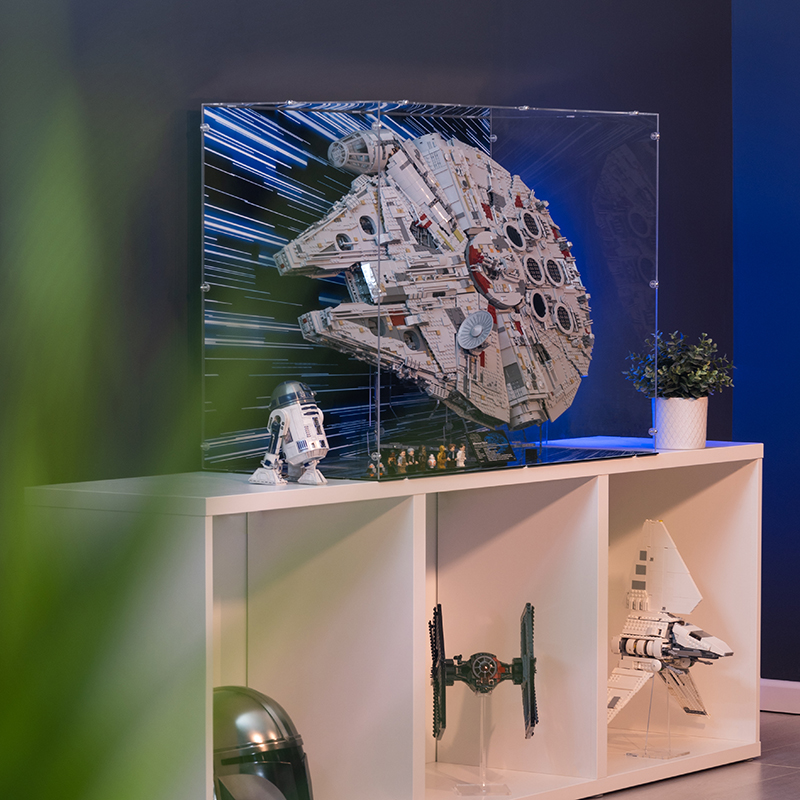 As always, iDisplayit is the premier provider for all the transparent display cases and containers you’ll need to keep your new LEGO sets free from dust and environmental damage.

Our unique screw system is designed to avoid distracting from the models while keeping the container sturdy and reliable when out on display or in storage.

Keep an eye out for our upcoming cases for the above LEGO sets on the iDisplayit website.