The Most Insanely Awesome LEGO Sets You Can Actually Buy

Towering LEGO Structures That Will Keep You Busy for Hours

There are few things as satisfying as finally completing a huge LEGO set that you've been working on for hours. That feeling of accomplishment is why we continue to build LEGO sets, no matter our age. And while some might say that adults shouldn't be playing with LEGOs, we believe that anyone can enjoy them - especially when you have the free time to dedicate to building one of the largest sets available.

Some of the largest LEGO sets can take hours to complete

There are some seriously huge LEGO sets on the market these days! From replicas of iconic buildings to movie-themed playsets, there's something for everyone. Just be warned - some of these sets can take days or even weeks to complete! Keep reading to see a list of some of the biggest and baddest LEGO sets you can get your hands on. 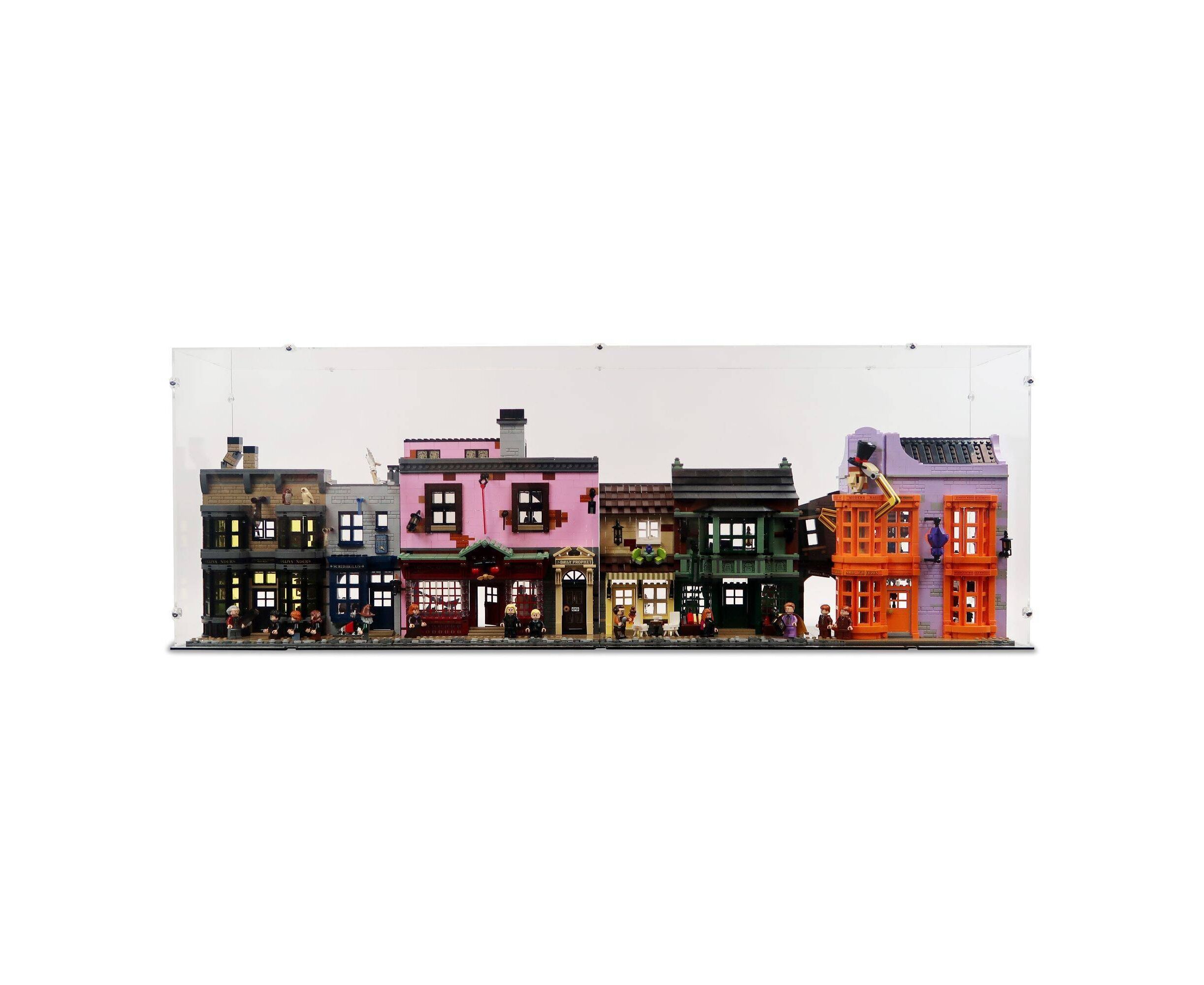 When people say toys can help you escape to ‘your own little world’ they were probably thinking of something smaller than the Diagon Alley LEGO set. This set is the closest we muggles are likely to ever get to being able to see the cobblestoned wizarding alley from Harry Potter.

In it is a mixture of magical restaurants and shops from which you can buy everything from the Hogwarts supply list including a magical wand from Ollivanders Wand Shop. Unfortunately, Rubeus Hagrid may not be coming to knock on our doors any day soon to take us for a shopping spree but it’s possible to get a pretty similar experience with this LEGO 75978 set.

This epic model is over a metre wide and filled with details from the films as well as 14 LEGO minifigures including Draco, Hermione, Ron and, of course, Harry Potter himself. 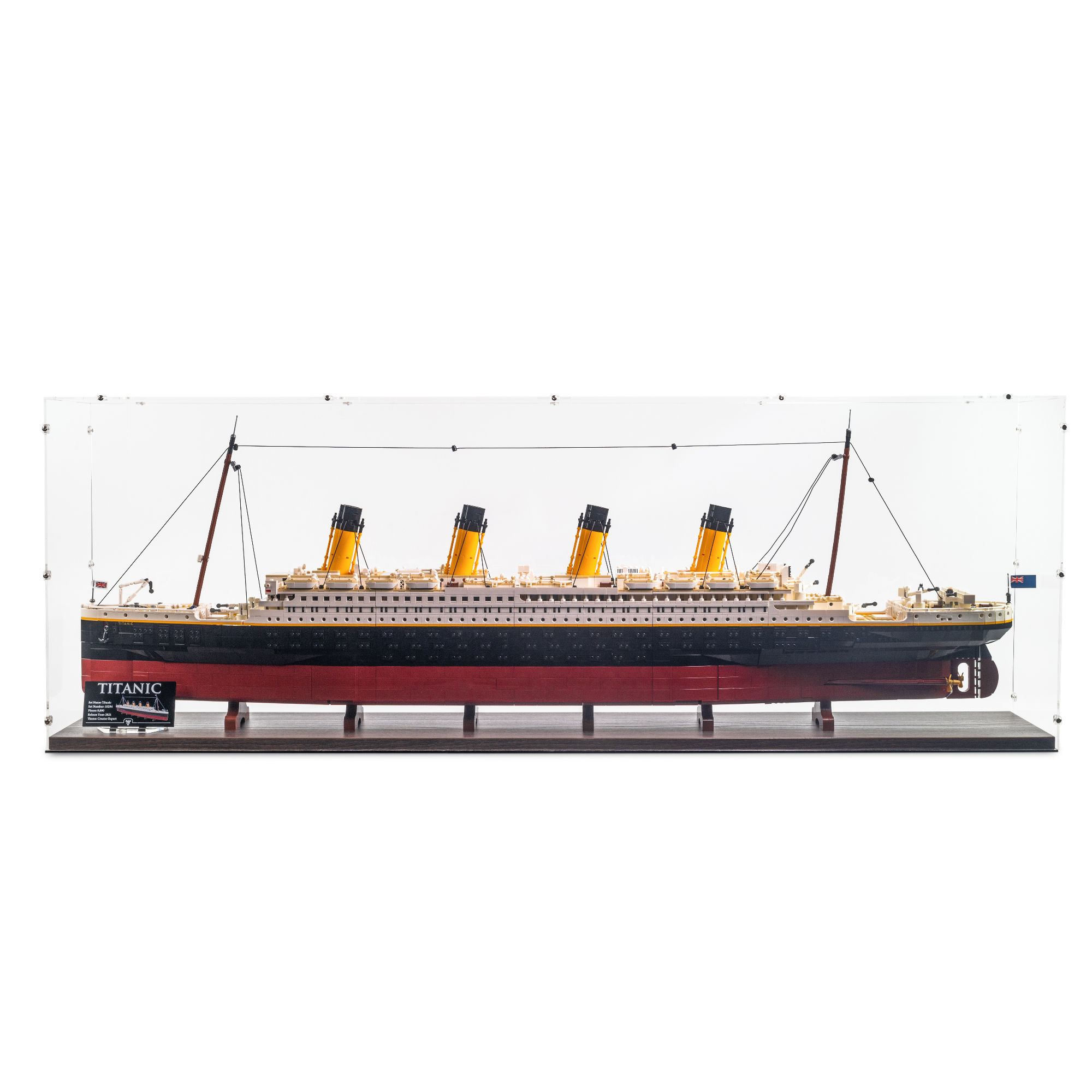 If someone were to say “structurally sound things” in a word association game, then the Titanic may not be the first thing to come to most people’s minds. However, the LEGO version comes apart in all the right ways.

It is not just the exterior of the boat that you build, but the internal makeup of the famous vessel is also intricately designed and a crucial part of the building experience. It has a remarkable cross-section that shows off parts of the boat such as the smoking lounge, boiler room, grand staircase and more. The fact that it’s designed so you can divide it into three sections to explore the fascinating interior means you’ll have just as much fun showing off the inside as the outside. 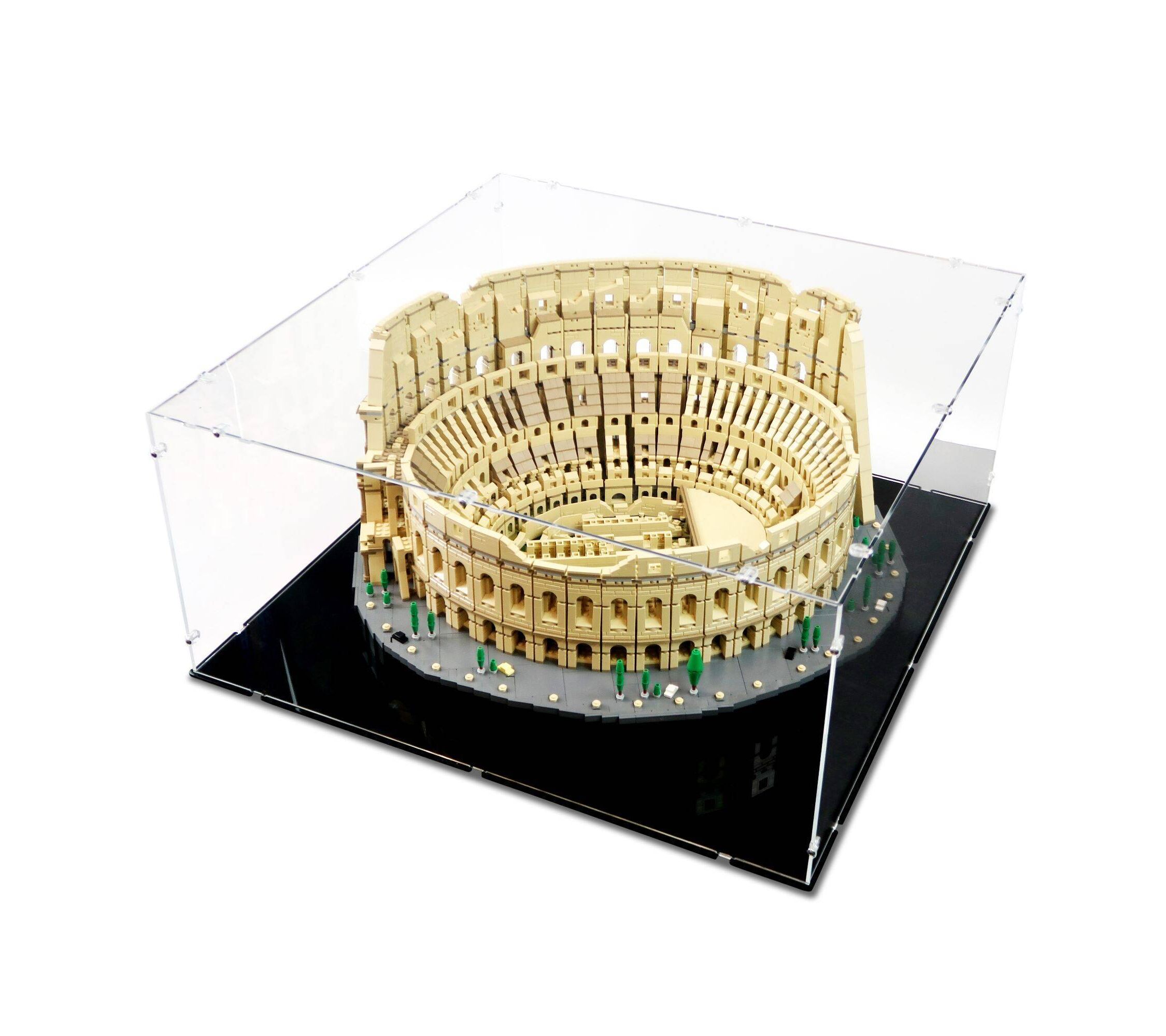 This legendary piece is going to require some engineering skills from you that even the Romans would be proud of. There are over 9,000 pieces in this recreation of one of the most iconic buildings of all time.

The set remains true to historical architectural details such as the archways and columns. Completing it will be like bringing a bit of history back to life. It also remains faithful to the fascinating structures of the colosseums, with the hypogeum (the intricate underfloor structure) also being part of the set. 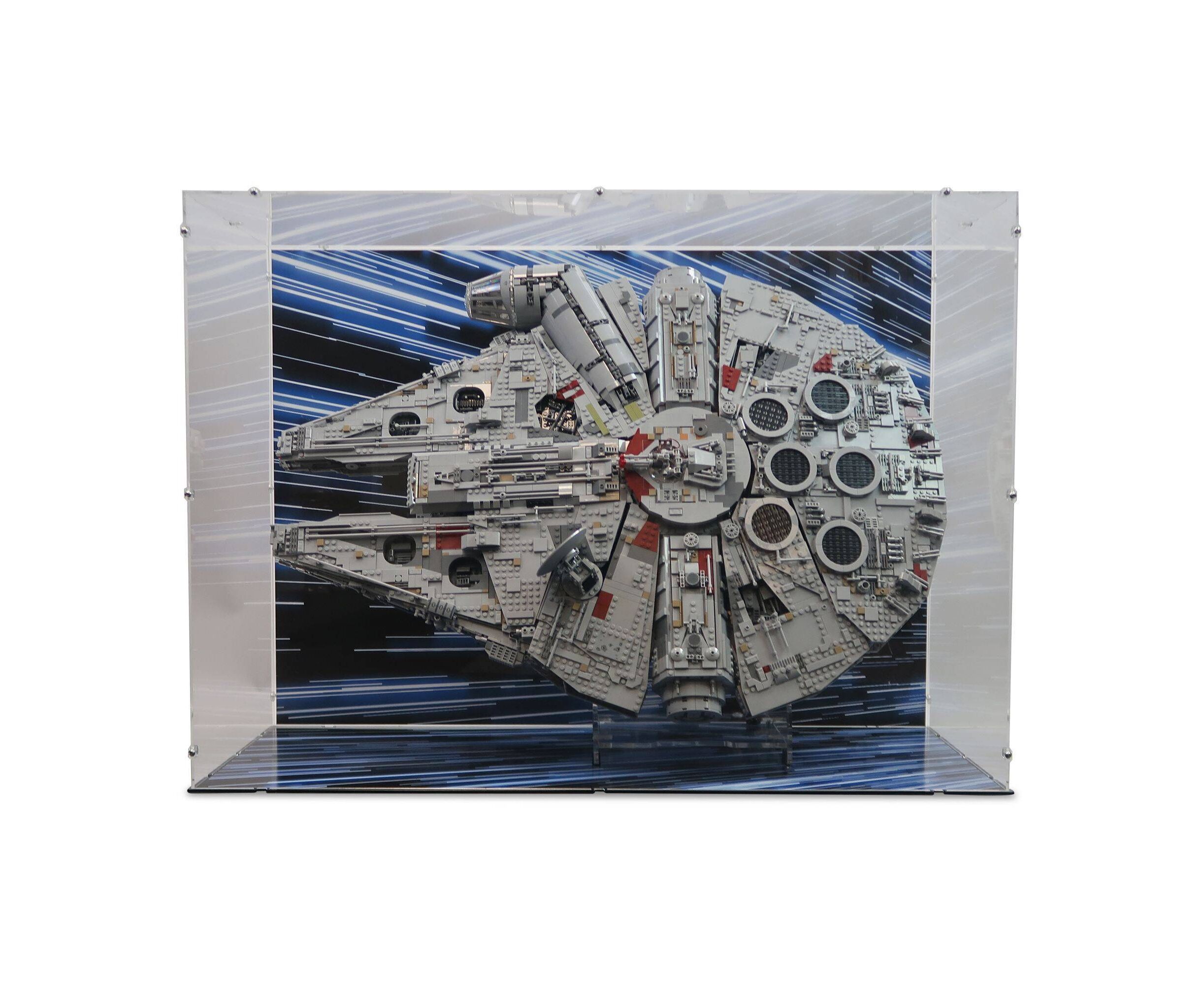 There are few things that capture the imagination quite like starships and intergalactic travel, and by far the most iconic starship of all is the Millennium Falcon. In one of the largest LEGO sets ever made you will find tons of authentic details that stay true to the original design. Whether you’re devoted to the original Star Wars, are an enthusiast of the new era or a fan of both, you’re going to be able to have fun with this set. There are two crews featured with the ship, so you can get creative any way you want.

There are 7,500 pieces here and they all come together to make an intriguing construction that is just as interesting from within or without.

The most magical place that was ever imagined, you can now have Harry Potter’s Hogwarts School for Witchcraft and Wizardry in your own home.

Tons of great features from the castle are packed in here. You have the Whomping Willow and the blue Flying Ford Anglia car which it has given a famous beating to. The Great Hall with the famous stained-glass windows and moving staircases and if you’re brave enough, the Chamber of Secrets is here to be put together (if you can face the terror of the Basilisk). If you want somewhere that feels a bit safer, then get to work on Hagrid’s Hut, although Aragog the spider will need to be placated too! 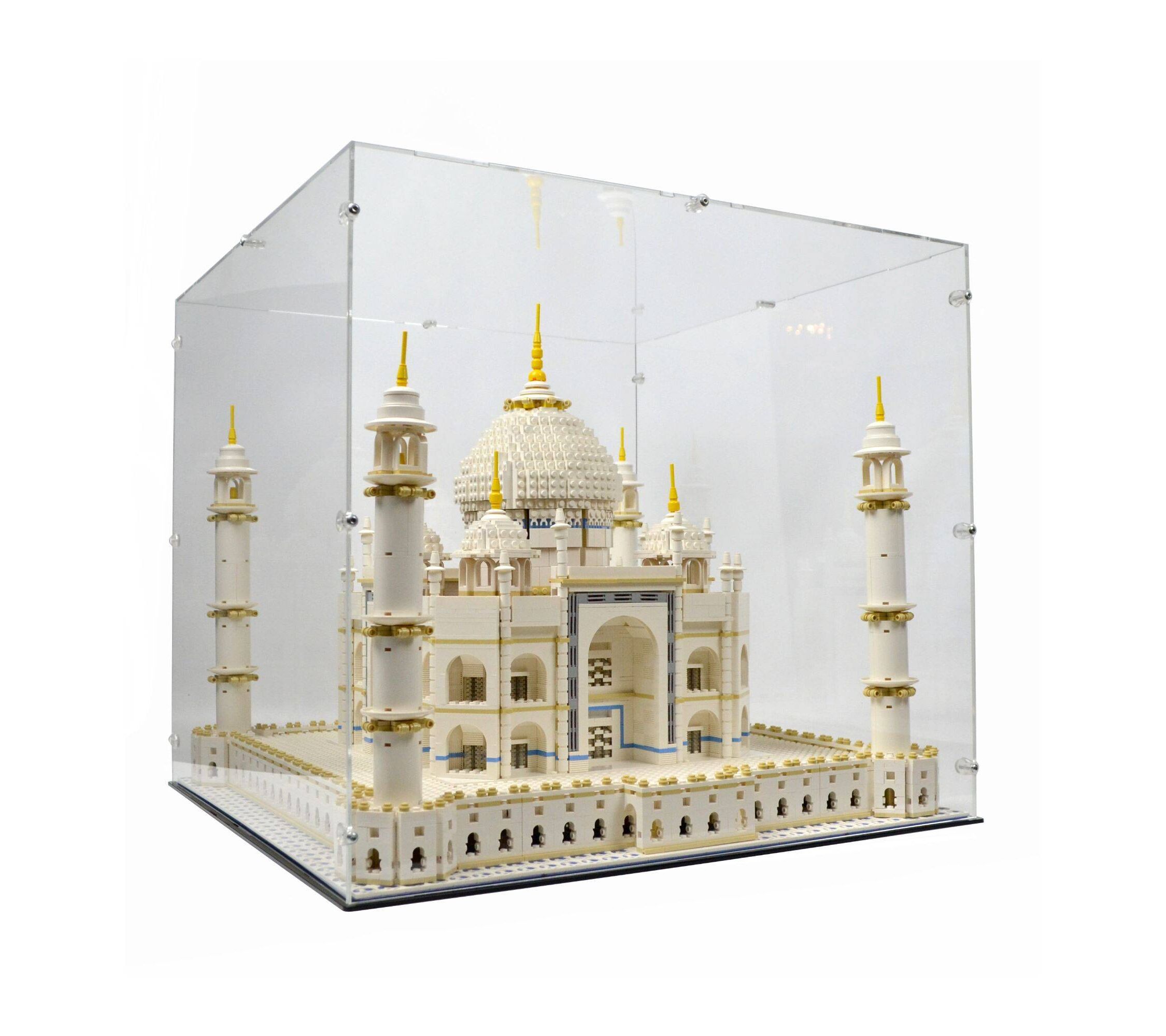 The Taj Mahal is one of the world’s most famous landmarks, and this beautiful model is a fantastic opportunity to recreate it in your home. It won’t be easy work though; with over 5,900 pieces to put together.

All the most striking aspects of the real building are captured with sweeping arches, stunning arched windows and majestic balconies all being incorporated. When you’re finished, you’ll have a beautiful recreation that’s over 20 inches wide and almost 17 inches tall. You’ll also be in need of a medal for your dedication and work. 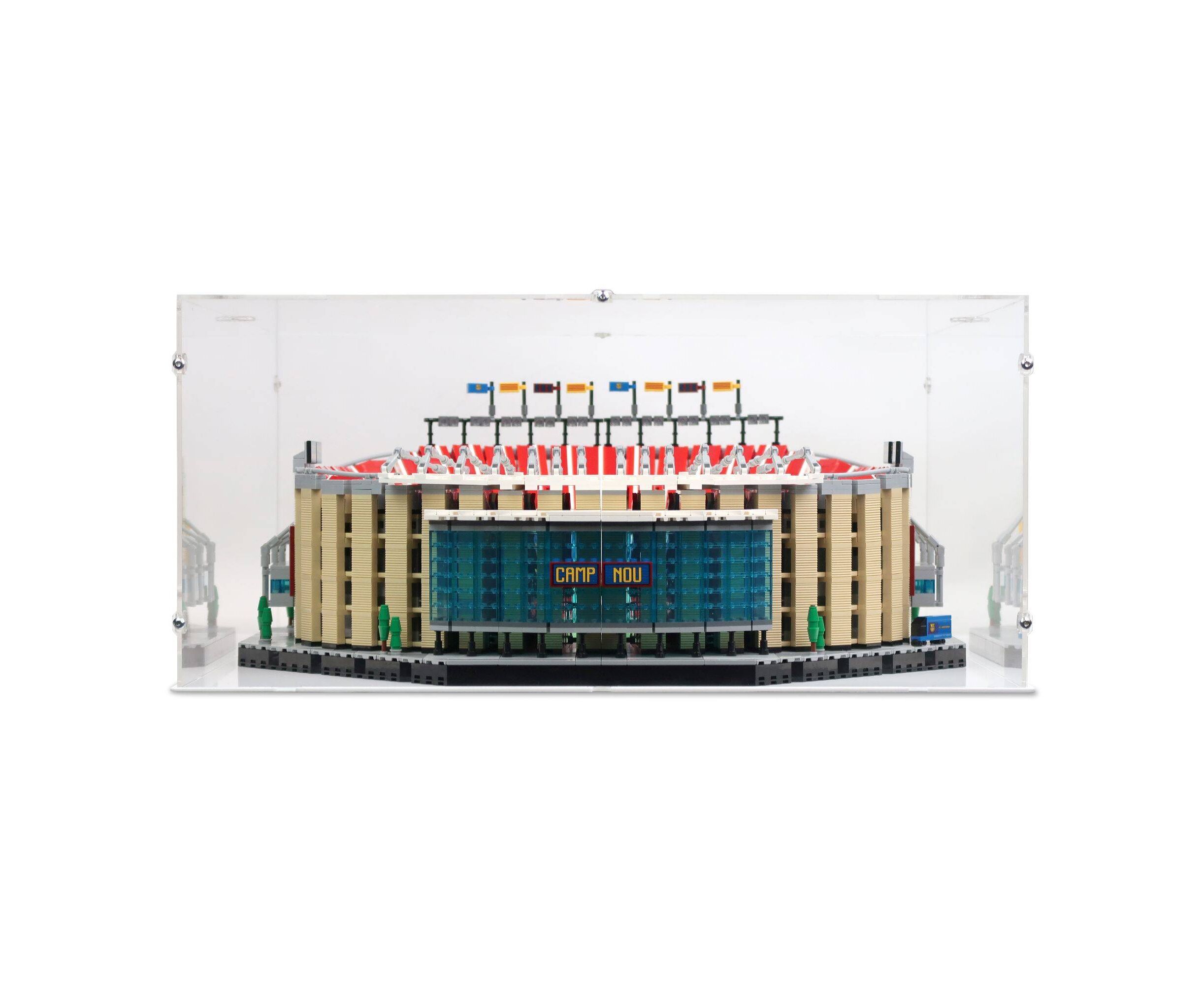 The Camp Nou is possibly the most iconic modern sports stadium in the world. To the people of Catalonia, it means everything, representing the region's history and its proud people. Barcelona’s motto is Mas Que un Club - More Than a Club.

Incorporated in the set is the 1899 banner which celebrates the founding of FC Barcelona and Catalan heritage. It’s great for matchday fun too with a buildable scoreboard that helps to recreate the magic of the beautiful game. A fantastic testament to one of the world’s modern architectural beauties.